A quick look back, and a big thank-you

While many friends were off at Regionals this past weekend, I wrapped up my show season with the last Glass-Ed show of the summer. As we walked away from that show with Reserve Champion High Point for Training Level Adult Amateur and also Reserve Champion High Percentage, I was again reminded of the stark contrast between this season and our previous attempts down the centerline. And so with this conclusion of my most active – and also most successful – show season with The Banana, I wanted to publicly thank one of the many people that have been so instrumental in that accomplishment.

Before I get to the part where I tell everyone how amazing Sandra Tull is though, I really should back up to FULLY describe the challenge I brought to her.

The Banana joined our family a couple of years before she became mine, when my mom needed a quiet horse to get her back to riding after spinal cord surgery. Anna had spent some time as an Amish pony and some time as a lesson pony, and she was perfect for that job, even if at that time “connection” and “working over her back” were not really her forte. Unfortunately, encouraging either from her was not my forte. And standing 13.3 hands but wearing a 75” blanket, she didn’t conformationally resemble a dressage horse either.

My first show with The Banana was in 2008. We got a 51.667%. We did eight tests over three shows that summer, and our score average was 53.99. Our collectives were even more telling, with an average of 4.88 for submission and 5.13 for rider. It wasn’t pretty. Shortly after that I took a job that kept me out of the show ring for a few years. We kept on riding and taking lessons, but it was 2011 before we had a chance to Enter at A again. We improved dramatically that year….all the way to an average score of 56.43. 😛 Our highest score EVER was a 59, and we placed last nearly every time we had gone out. That’s not to say we didn’t have loads of fun in the process, but I knew we were capable of more.

In the fall of 2012 I began hauling to Sandy for monthly lessons. She identified my long-standing holes immediately, gave me fixes I could use and replicate and home, and I was thrilled with the improvements in just a few lessons. Determined to build on those changes, I scrimped and saved and sold off a few pieces of my extensive saddle pad collection, and made arrangements to ship the pair of us to boot camp during the worst of winter. With the start of 2013, we geared up for three months of boarding at Southview Farm and weekly lessons. The consistency paid off, and I remember commenting to a friend that in less than a month I felt like my show ring scores would have improved by ten percentage points.

Unfortunately, because life likes to throw curve balls, I wouldn’t get to test that theory out quite as quickly as I had planned. With the new intensity level of my riding, my lifelong “tight” hips turned to painful hips. Sandy worked with me well as we modified lessons based on what I could do – same days not cantering, some days not tracking left, some days helping me dismount – and still attempted to make the most of my time there. Before my three months at Sandy’s were up, I ended up scheduled for two surgeries and once home I remained out of the saddle for the remainder of 2013. 2013 turned into out of the saddle for 2014 as well, and ultimately more surgeries in early 2015.

And so late in 2015 I finally returned to Sandy, now with 8 years of history with my silly little pony, and a newly found collection of muscular compensations (and plain bad habits) from riding through pain and physical limitations. Still only able to haul in on an infrequent basis, the fact that we made any progress at all is amazing. Yet, under Sandy’s sharp eye, we DID improve, each and every time. Thus show season 2016 began. While it’s not about the ribbons, and even less about how where I’m at in my journey compares to where somebody else is in theirs, sometimes those pieces of satin are a nice representation of the hard work put in. Thanks to Sandy we actually brought home our first blue. And then another, and another. And our first tri-color. And then another. Our average score for this year is higher than our BEST scores in years prior, and we went from receiving the odd 7 and multiple 3s and 4s, to receiving multiple 7s and 8s and not seeing anything below a 6 on our score sheet. Submission increased to 6.5 and rider scores to 7. I just compiled scores to submit for some year-end awards that amounted to an average of over 66%. For my local GMO, we’re looking at walking away from the banquet with FIVE Champion or Reserve Champion awards.

And what I especially can’t wrap my head around is that, compared to the work we’ve been getting at home and in lessons, I don’t even feel like I’ve ridden especially well at any shows this summer! The overall improvement really is indescribable. 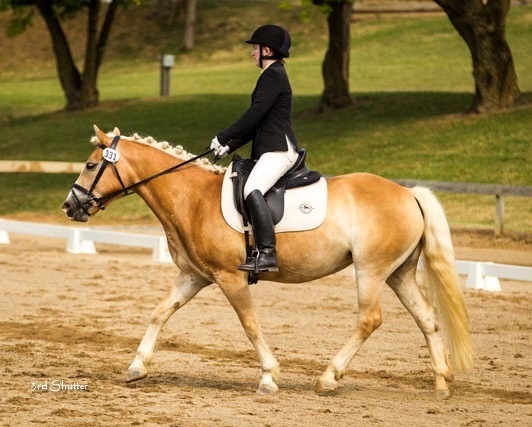 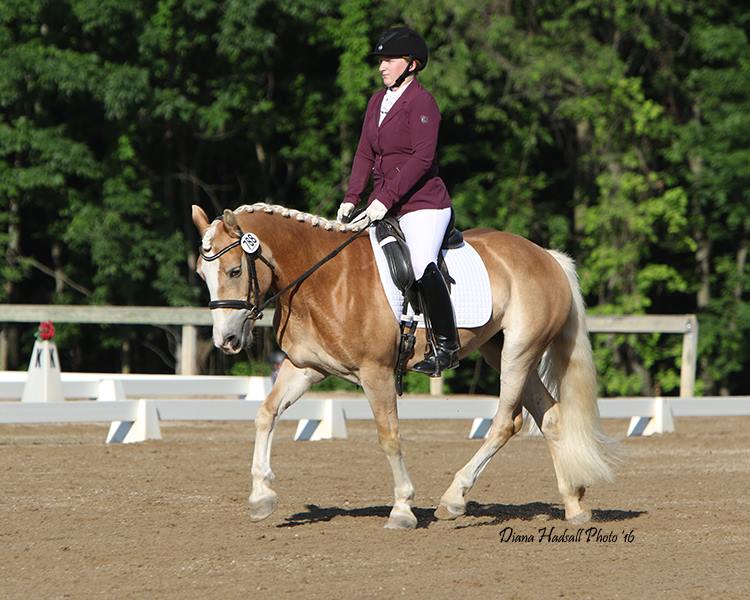