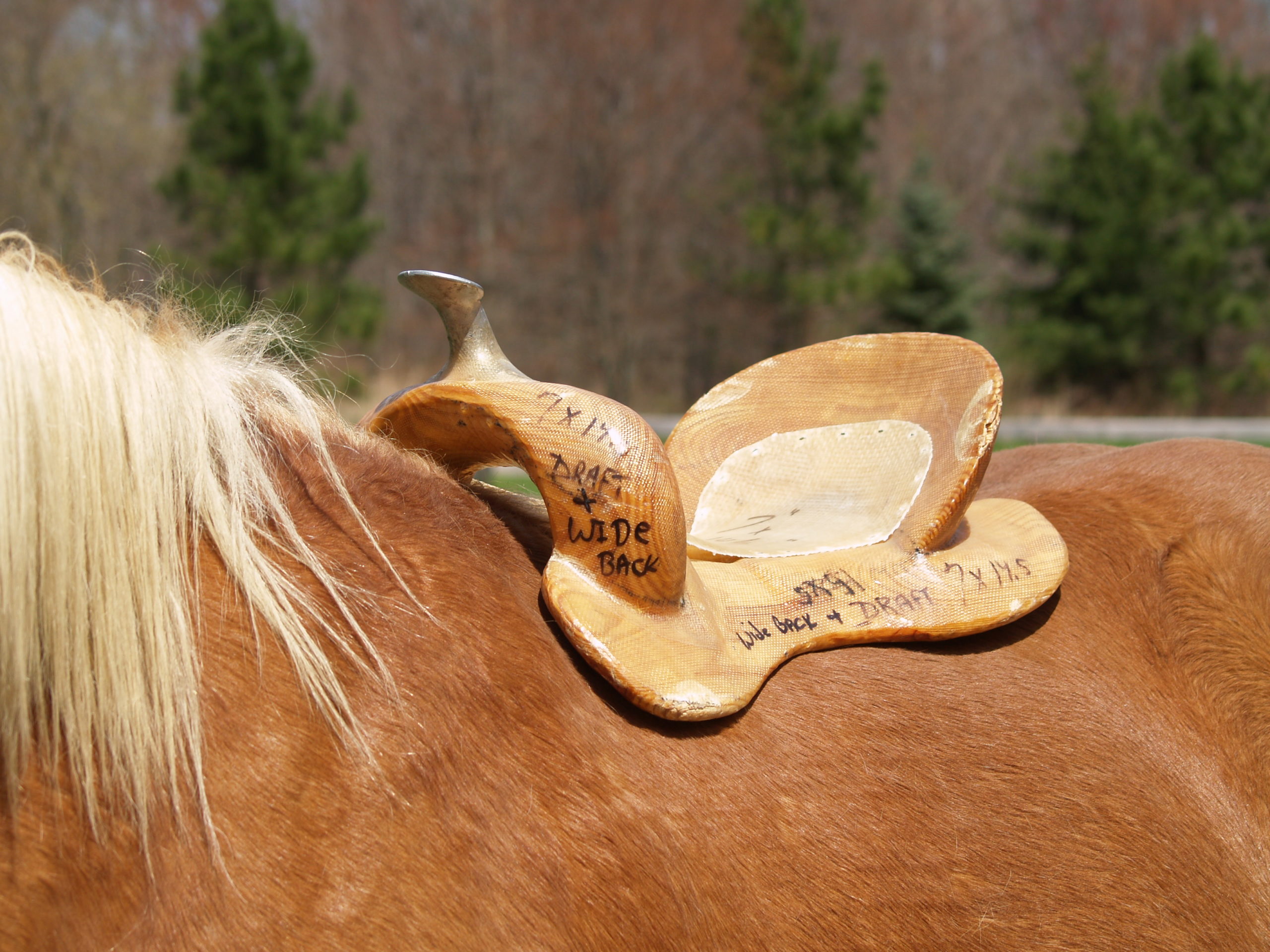 Even though we’re quite dedicated dressage riders, we always love to try new things with our horses. And what’s better than being OCD while riding circles in a sandbox? Being OCD while riding circles in a sandbox while covered in BLING! Okay, not so much on the bling part. But even for a die-hard dressage queen, it’s hard to deny the appeal of the same sport we’ve always known, dressed in different clothes and tack. Near the end of last season, Amy announced she might like to try some western dressage with Callie. Then she bought a pair of chaps.

But finding a western saddle was proving to be a bit more difficult. Dressage riders are notoriously opinionated about saddles, and having spent so many hours in English tack did not make finding a comfortable western saddle any easier. And even when she could find something that might be comfortable a trail ride, it didn’t offer the draped upright position she needed for effective dressage work. And then came fitting the horse. Callie isn’t so wide at the wither, but she is flat across the back, with broad shoulders and a very short back. Many were the wrong width, the wrong angle, or both, and they were ALL too long on her.

So while the original goal was to find something inexpensive to give a new discipline a try, the end result shifted as they both tried more and more saddles, before finally realizing that what worked was not going to be found on the shelf. So a few measurements and a few pictures and MANY options later, they now have a custom western saddle on order! It will fit them both beautifully, look STUNNING, and hopefully arrive before Buckeye. And yes, it includes that gorgeous snakeskin seat.

The only REAL question left is how long before Jessica orders one to match for Anna? 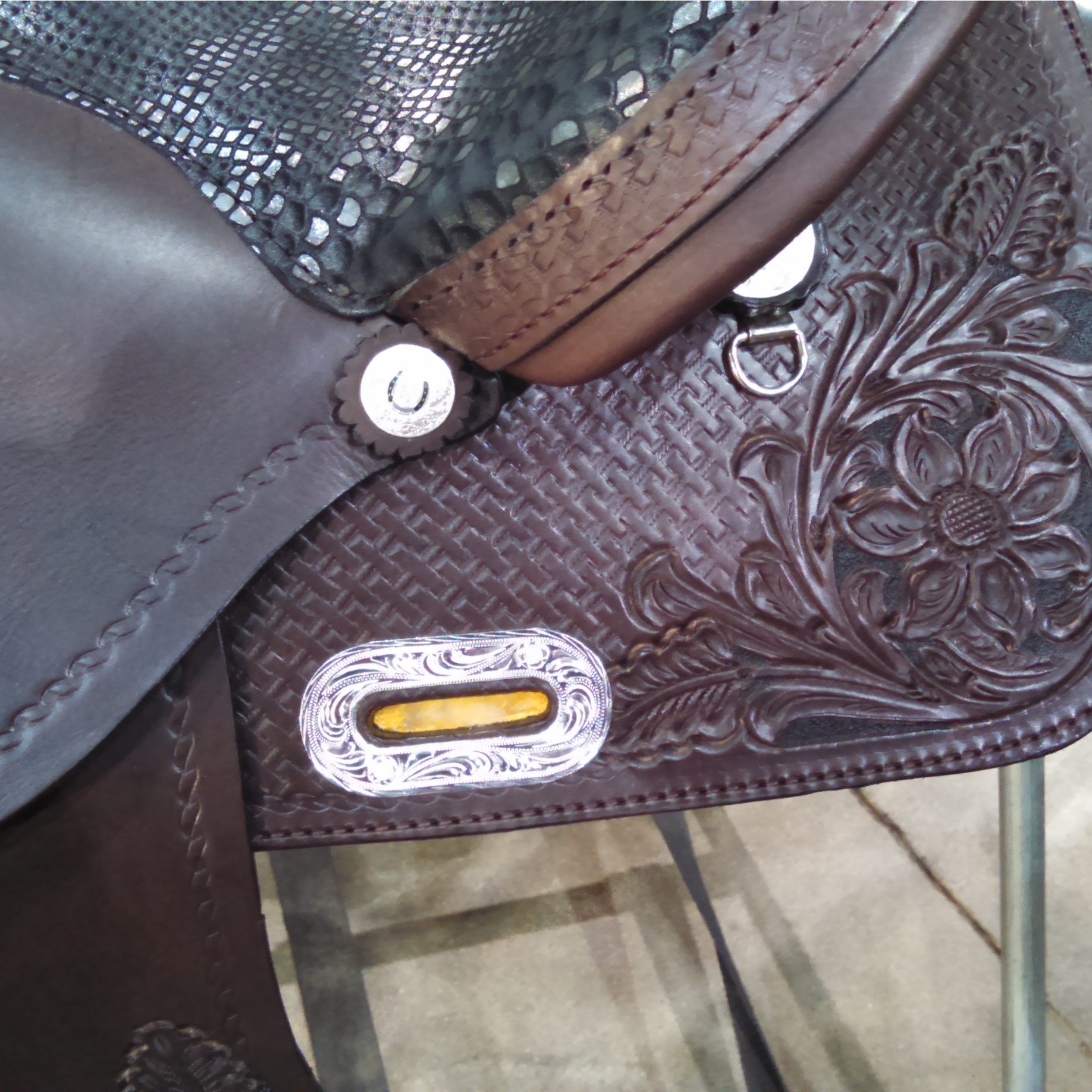