Enter at A, Working Hail Storm

The Stone Creek Dressage Show started out bright and sunny, and Callie enjoyed the pasture-parking lot while we braided and got ready. Clouds and rain moved in as warm up started, but the skies really opened up just as they entered the arena. The judges tent blew over during their ride, and the show went into a rain delay as soon as they finished. The wind and hail were too much to trek back to the barn in, so after their ride we huddled up behind round bales and waited for the storm to let up. Eventually we made our way to the barn, the wonderful show team moved the arena into their indoor, and after a slight delay the show was back on! Despite the angry weather, Amy and Callie managed two firsts, a second and a third, which also earned them Reserve Champion for BOTH High Point and High Percentage! 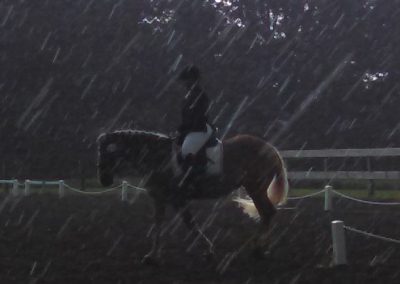 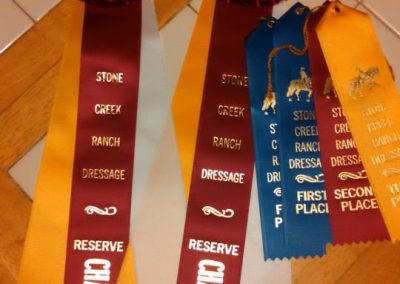