Our first hay cutting is officially in the books! The weather could not have been more cooperative, and we had a lovely five day stretch of cool, breezy, sunshine (rather unheard of in June). We have some fabulous neighbors that cut and baled the field for the previous owners of the farm, and last fall they graciously agreed to continue the same arrangement for us.

And then when we put out a facebook plea for help with stacking, the local high school basketball coach offered up his entire team to help us out! Most of them didn’t know much about stacking hay, and a few had NO clue what work they were in for, but they all worked and tried hard. A few bucks, a stack of pizzas, and a couple cases of Gatorade later, they were all thrilled. And not having to do it all at once ourselves, we were thrilled. We probably COULD have done it without them, but we’re very grateful we didn’t have to!

We’ve got some clean up left today, but first cutting is officially DONE! 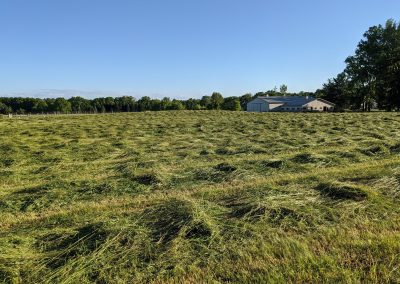 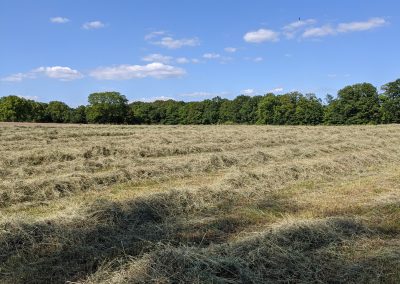 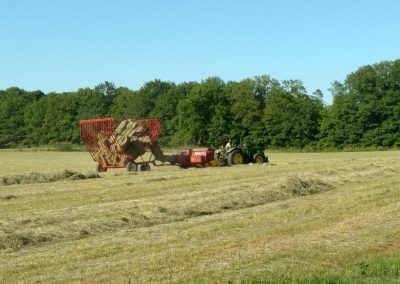 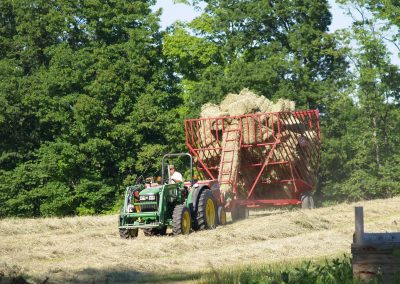 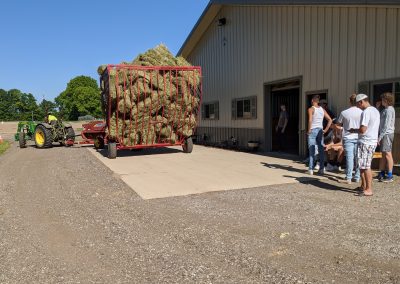 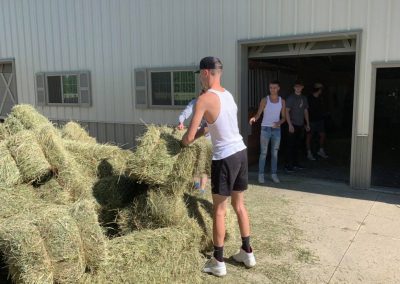 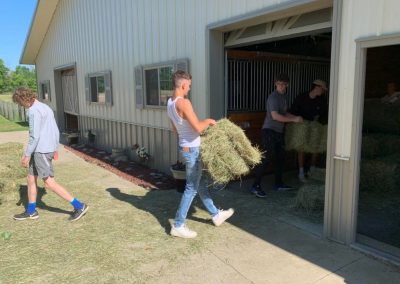 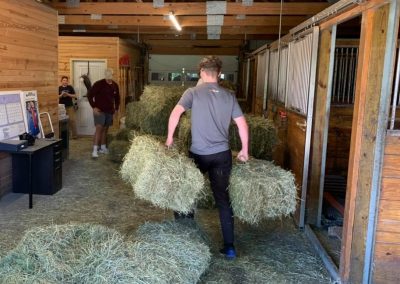 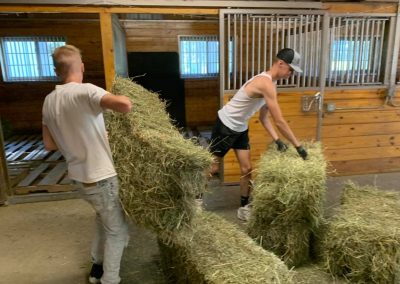 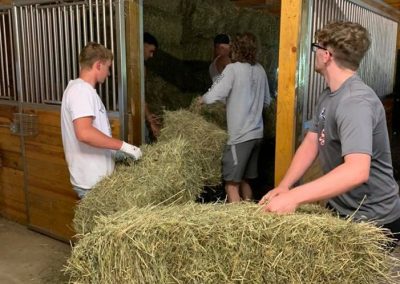 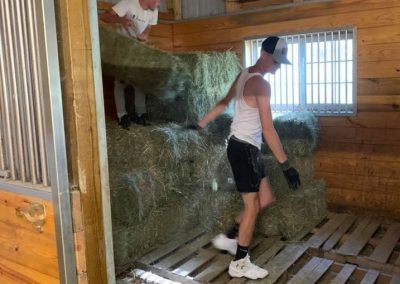