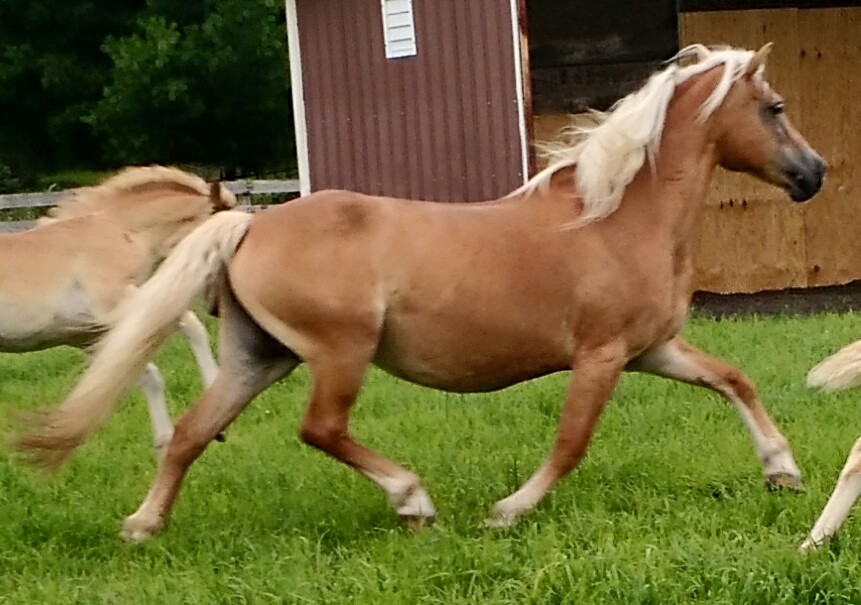 New Horizons is proud to welcome Mythical TOF to our herd of select mares! We have had our eye on Mythical and her sisters for many years now, and have wanted to add an Aristocrat TOF daughter to our breeding program, so we are very excited to have her join us! Mythical stands @14.2 1/2 hh, with a very sporty, athletic build and outstanding movement, with a wonderful free shoulder and extended trot! She has a beautiful head, long neck, excellent wither, clean bone, and an exceptional pedigree! Mythical is by the Austrian imported 2004 National Champion, Aristocrat TOF, the first stallion to achieve AHR GOLD status at inspection and ELITE status based on his offspring at inspections, and the great producing imported silver classified STAR mare, Malvina TOF (deceased). This winning combination has produced one champion after another over the years, and this mare line has produced multiple silver and gold classified sons and daughters! Malvina is by liz. Andrit, who is known for producing outstanding broodmares.
Aristocrat TOF is known world-wide for his exceptional movement and his prepotency as a sire, and has had a successful performance career in dressage, jumpers, driving and eventing in the U.S. He is the sire of numerous National Champions and gold and silver classified sons and daughters, many of whom are successfully competing and winning in sporthorse disciplines, including dressage, eventing, hunters, and combined driving. Aristocrat was the first stallion to achieve “proven” status based on the scores of thirteen of his offspring in 2000 (including Mythical and her full sisters). Collective markings for his offspring included: 8 for overall type, 8 for genetic potency, 9 for overall conformation, and 9 for overall movement, with an overall score of 85%! Aristocrat is the son of World Champion Austrian stallion, Afghan II, who has produced multiple World and European Champion sons, daughters, grandsons and granddaughters! Afghan II is by liz. Afghan, the “father” of the modern sporthorse Haflinger. On the dam’s side, Aristocrat descends from the strongest and what is considered by some to be the most outstanding mare line in Europe—Rikka (his granddam), Rialta (his dam), and Rimalda (his full sister).

Malvina TOF was bred by Franz Greiter, then President of the Tyrolian Breeders Association. She is by the Austrian stallion, Andrit, who is known as one of the greatest broodmare producers in the history of the breed. She is the first mare in AHR history to achieve “Star” status, based on the results of her offspring at inspections. Malvina had five fillies out of Aristocrat, ALL of whom were silver classified, and ALL of whom have won their classes at the National Show and or National Futurity! Her sons by Aristocrat include silver classified Alpha TOF, a Reserve National Champion at halter who also placed second in the IBC class at the prestigious Dressage at Devon, thanks to his outstanding conformation and exceptional movement! Younger brother, Avenir TOF won Champion weanling at the 2003 AHR National Futurity and was SIP champion, winning first place in an extremely competitive class! Malvina was shown under saddle at intro and training level dressage before retiring as a broodmare. She won several championships and first place ribbons in open competition with scores up to 75%, proving to many that Haflingers could indeed compete and win against other breeds at a time when not many Haflingers were competing in open competition!

Mythical won first place in her class at the AHR National Show and was named Reserve Junior National Champion Filly in 1999 as a yearling, while her older sister, Mystique TOF, won her class and took home Reserve Senior National Champion Mare honors. Another full sister, Magnificent TOF, also won her class! Mythical and Magnificent also won first place in the Produce-of-Dam class and placed second in the Get-of-Sire class at both the 1999 AND 2000 National Shows! At the 2000 National Show, Mythical placed second in her two-year-old filly class and won first place as a two-year-old at the GLHA Futurity that same year! In 2001, Mythical again captured 1st place in her three-year-old pleasure mare class at the National Show!
Mythical’s 2007 colt, Nestor GHJ, by Neumeister TOF, won first place junior weanling pleasure colt and was named Reserve Champion Junior Weanling at the AHR Futurity. In 2008, Nestor won first place yearling pleasure colt and was named Grand Champion Yearling at the GLHA Futurity! Mythical’s 2011 filly, Myriam GHJ was by the Supreme silver classified two-time National Champion Dutch import, Arno van het Nieshof. This gorgeous, tall, modern filly made her debut on-the-line at the 2011 AHR National Futurity, winning first place in a very competitive junior weanling filly class, then went on to be named the 2011 Champion Junior Weanling (all sexes), and placed third out of 23 entries in the extremely competitive Stallion Incentive Program (SIP) weanling futurity class (all weanlings/all ages)! The winner of the SIP class was her half sister, Mariah GHJ, out of Mythical’s full sister, Magnificent TOF, and Alfa of Genesis! Mariah also won first place in the Senior Weanling pleasure filly class and was champion senior weanling!

In 2013, Myriam returned to the show ring at the AHR National Futurity, winning her class against an extremely nice group of fillies, and was named Grand Champion Two-Year Old!

Mythical’s 2015 foal by Stellar sold inutero and was everything we and her new owner had hoped for! At the 2015 RPSI inspection in Michigan, Mythical was entered into the top mare book, and the inspector commented on her solid bone and good walk. Her filly, Morenci, was awarded Silver Premium status with an overall score of 7.8, just missing Gold Premium! 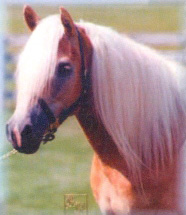 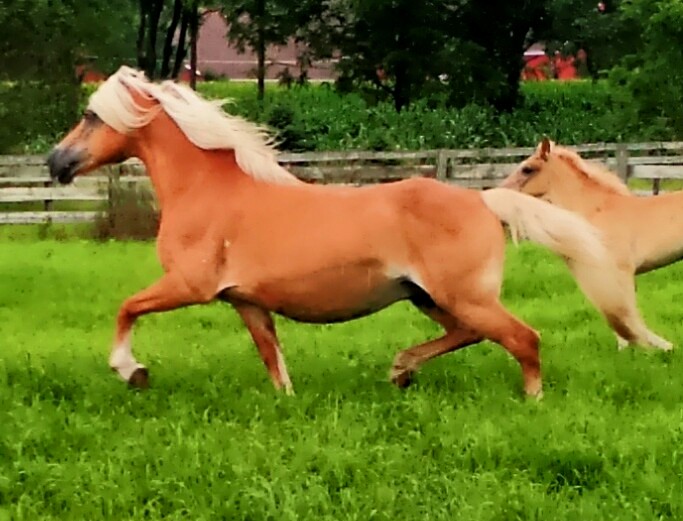 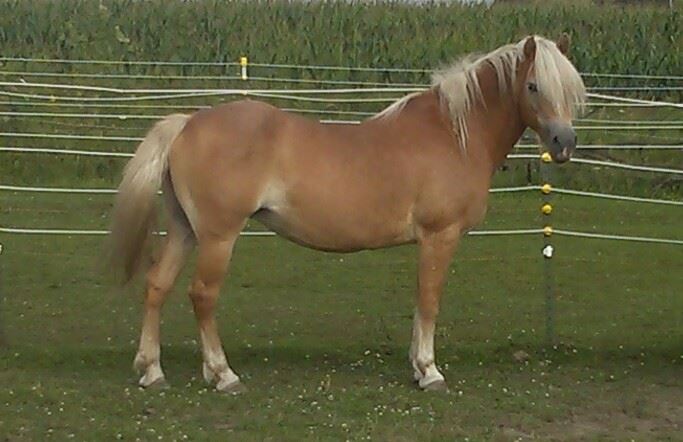 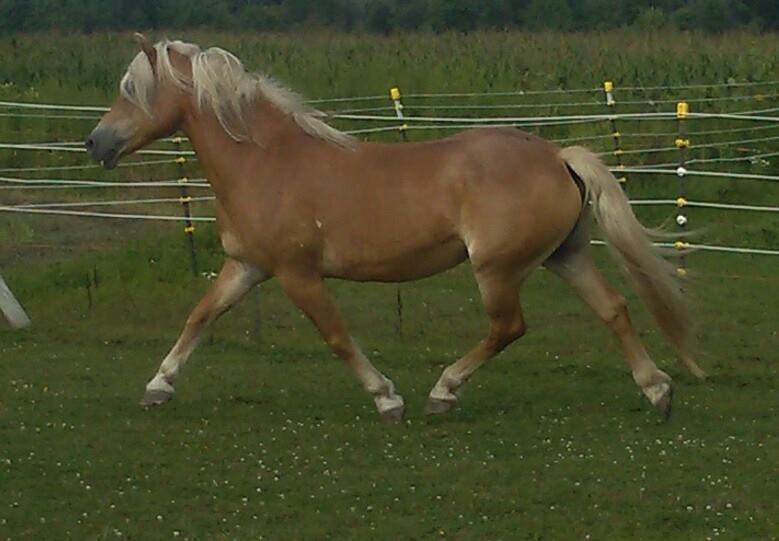 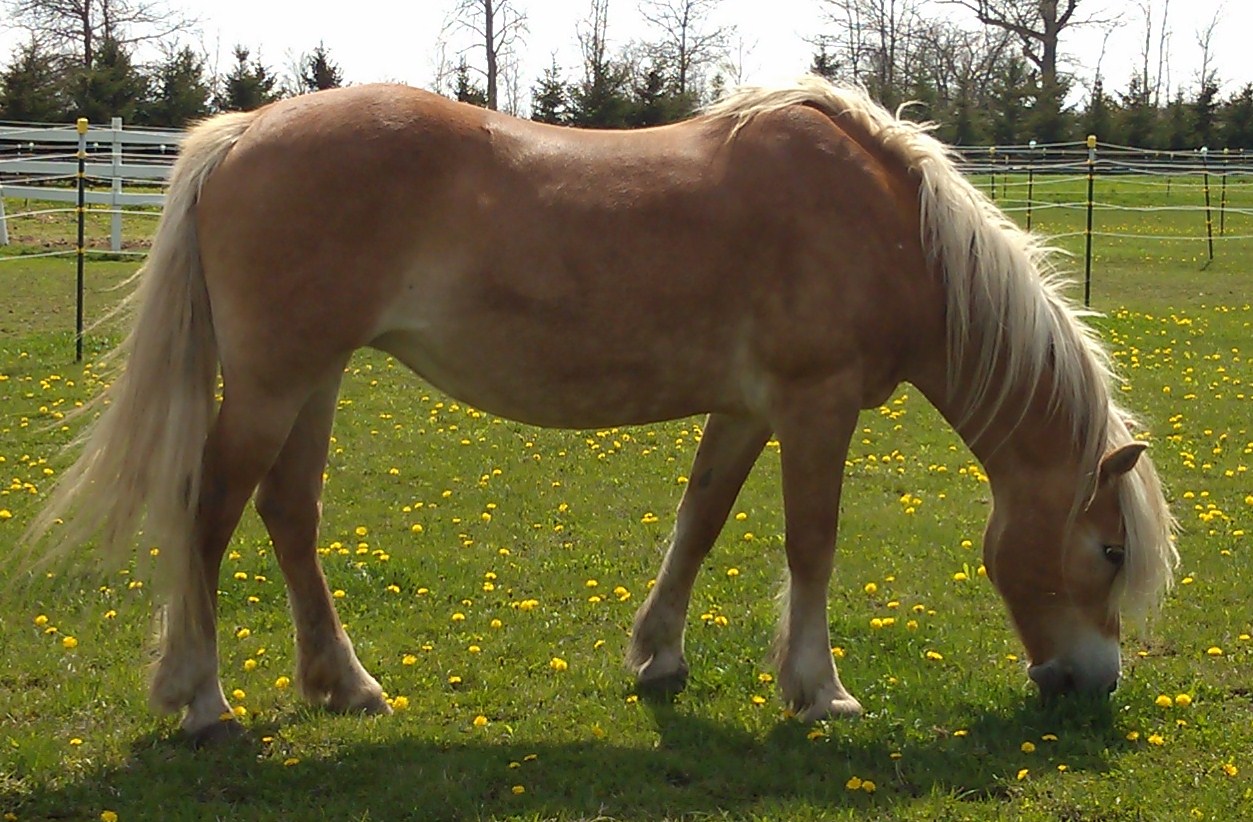 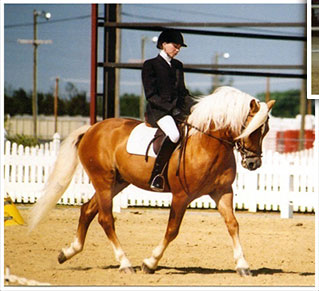 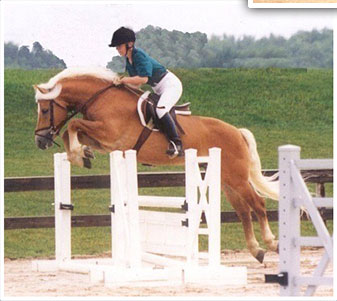 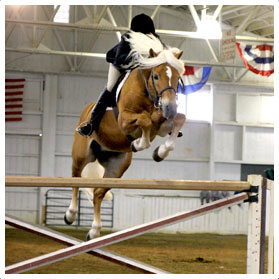 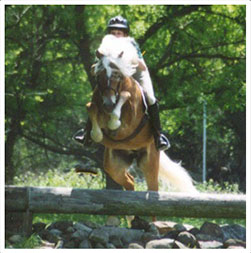 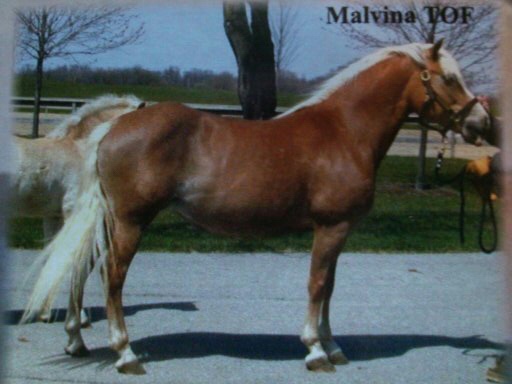 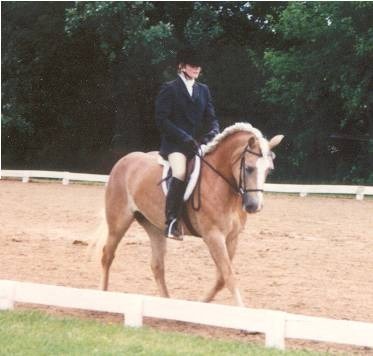