R Noble Rose APF ties for the 3rd highest rating of all classified horses throughout the United States in the 2005 Inspection and Classification Tour! 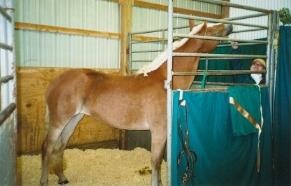 Since Rosie had a late foal, she was unfortunately, not as muscled up as we would have like, so she only received a 7 on hindquarters due to insufficient muscling. (Anyone who has seen Rosie in person knows that she has quite a nice hind end–if you will excuse our saying so!–when she is filled out and in shape.)

Some of the comments from her score sheet were:

“balanced, harmonious overall body structure of an all-around pleasure horse”
uphill build”
“long, flat shoulder in balance with overall body”
“back strong and well-suspended”
“clean, well-defined limbs, flat bone, forearm significantly longer than length of cannon”
Rosie is very deserving of her high score. In 2001 when the president of the World Haflinger Federation gave a clinic at the Tudor Oak Farm’s Open House, he made the following comments about Rosie (then a yearling): 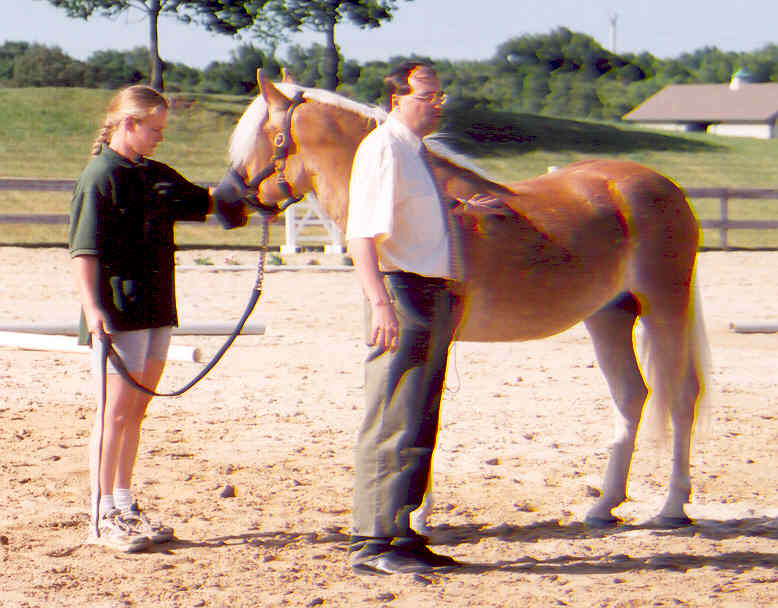 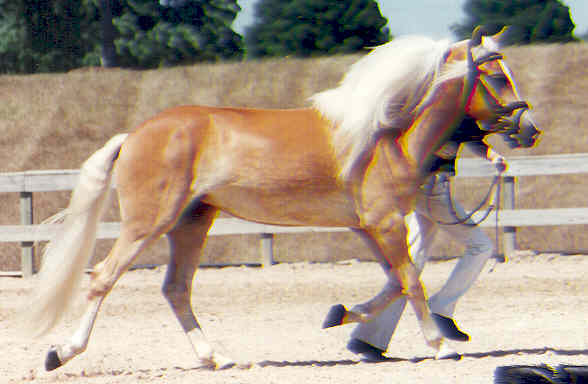 Rosie at the TOF Open House in 2002 when she won the Breeder’s Award of Excellence, Division II

We feel very fortunate to own Rosie, and are extremely happy that she is producing offspring who are consistently as good or better than herself!