Proudly offered for sale is this incredibly sweet and willing young mare. The easiest horse we’ve worked with yet, she’s always asking what you want and giving 110%.
Allie was started driving the fall of her two year old year, and is well broke to drive. She’s confident enough to go down the road alone, but easy-going enough to pair with anyone. She’s been driven in the arena, through fields, and down the road, and has been hitched both pleasure and draft style – she’s happy to do anything, and excels at everything she tries.

Started slowly and correctly, Allie was trained to ride this summer at three years old. Like everything previously, she took to it immediately and has been a joy to work with. Allie also demonstrates a slow and easy canter that comes naturally to her, unlike any Haflinger we’ve seen. She’d excel in the hunter or dressage ring, and has the personality to make a great amateur or youth horse.

Allie stands a full 15 hands (60 inches) and has a rich coat with a full blaze. She is sired by the top performing and producing stallion Neiman Marcus TOF (2007 AHR National Champion stallion, winner of Best in Show at the 2007 Buckeye Haflinger Show, and Grand Champion Stallion and Reserve Best in Show at the 2007 Ohio State Fair, to name a few). Allie shows outstanding broodmare potential, and is left open for 2008. DNA tested.

Allie’s manners on the ground are impeccable; she single and cross ties, clips, bathes, loads, stands for mounting, lunges off of voice commands, and stands for the farrier and vet. She’s up to date on all vaccines, kept on a six week worming rotation, feet have been trimmed every four to six-weeks, and her teeth were floated by an equine dentist in July. 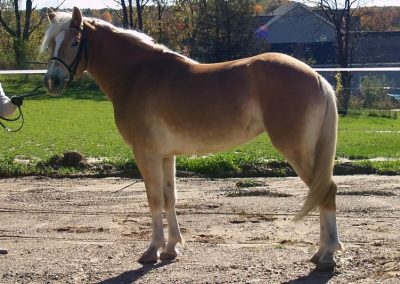 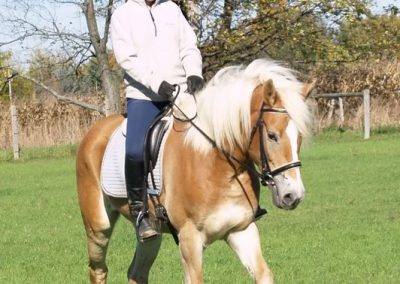 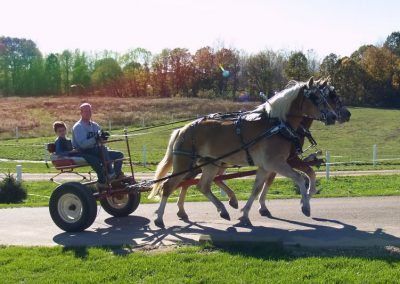 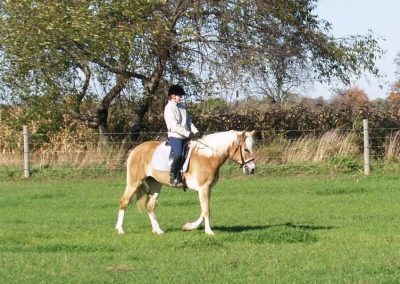 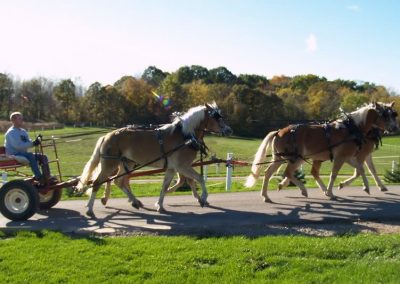 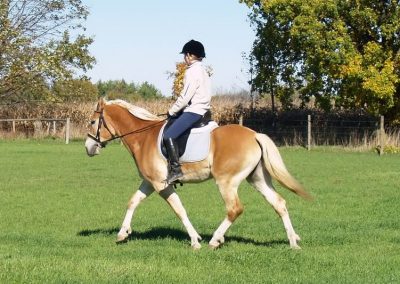 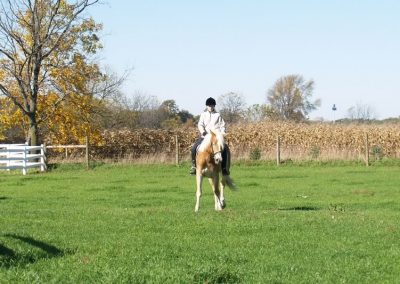 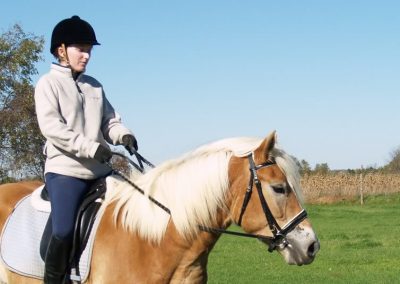 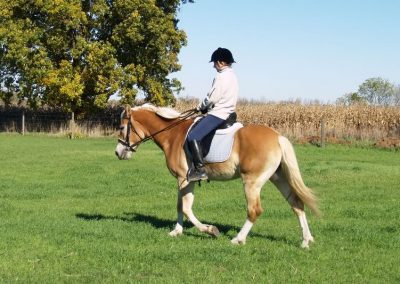 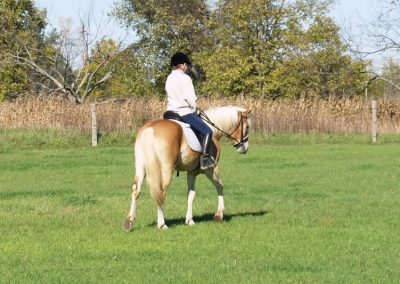 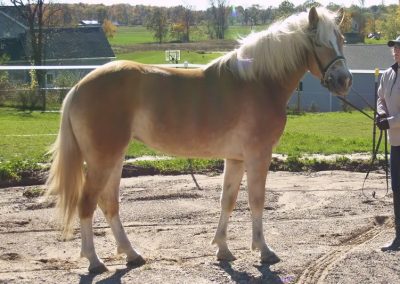