CONGRATULATIONS TO STELLAR TVR FOR BEING THE FIRST HAFLINGER IN NORTH AMERICAN INSPECTED AND APPROVED FOR BREEDING BY THE WESER-EMS (OLDENBURG GOV) BREEDING SOCIETY! Weser-Ems is is a well established Germany registry (for German Riding Ponies)in the Oldenburg region of Germany that follows very strict standards in breeding top ponies for sport. We are so excited! Thanks so much to Barbra Reis for presenting Stellar! Stellar was shown in hand, at liberty, and free jumping (which he has only done a few times, and he jumped oxers for the first time at the inspection!). Some comments from the inspector (OHBS GOV Director) include: “His correctness of gaits are excellent, very well-balanced, outstanding temperament, I think he is just delightful!” 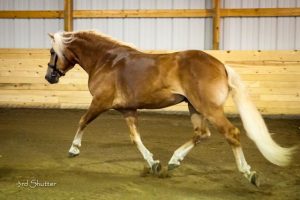 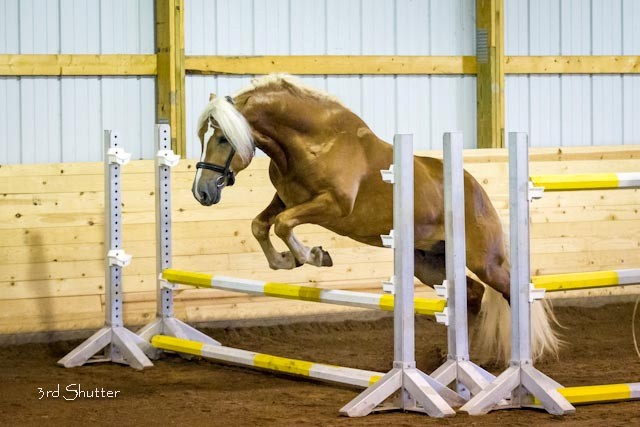